Last year I planted 14 tomato plants. So basically I had a lot way too many tomatoes.

A lot as in this is only a small part of what I had. So it was time to break out the canner and start canning some sauce!

First go ahead and cut out the stems of the tomatoes and questionable bits. You don't have to, but I usually cut an X into the bottom to make the next step a little easier. 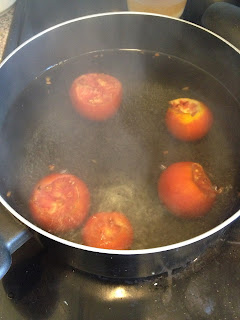 Get some water bowling, just enough to cover the tomatoes. Boil a few at a time for about 30-45 seconds. You'll start to see the skin start to peel. 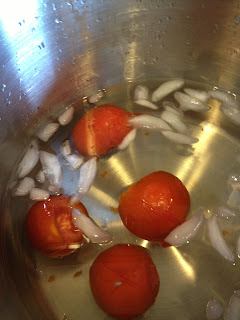 Throw those suckers into bowl of ice water. This will stop the cooking process and help the skins peel off easier. From here you just start getting all those skins off. 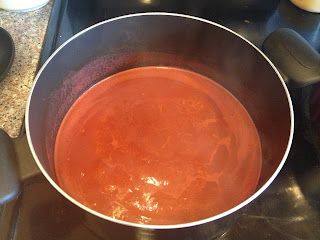 This next step is really personal preference. You can leave the tomatoes whole, you can cube them up or you can do like I did and make a sauce. A very simple one at that.

Start by cutting the tomatoes into 4ths and removing much of the liquid. This will help reduce your cooking time. Set your heat to medium high and bring to a boil. After that set to simmer and cook until desired thickness. Mine was reduced about half. 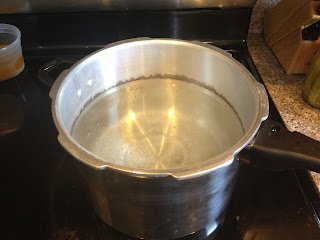 Get that canner boiling! Ive got about 3 inches of water in there. While you're waiting for that to boil, get a smaller pan and start boiling your lids. 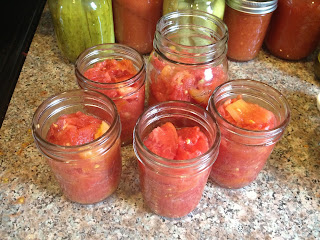 Confusing picture time. Apparently I took pictures of tomato chunks I did the second time around instead of the sauce. But hey, you can get the idea. For pint jars add 1 tbs of lemon juice. For quarts go ahead and add 2 tbs. Why lemon juice? Tomatoes are a very low acidic food and if the acidity is not brought up by the highly acidic lemon juice, it can lead to botulism. And that's not fun.

If your doing whole tomatoes or chunks pack the tomatoes in. You can fill the empty space with hot water or hot tomato juice. I used tomato juice as it just kind of looks better. But either is fine. Fill to about 1/2 inch head space from the top of the jar. Wipe the tops of the jars to remove any moisture and place on your lids and bands. Tighten the bands but be sure not not overly tighten them. 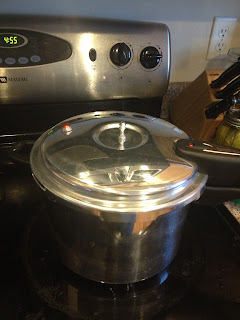 Now for the canner! The first time I used this thing I was totally paranoid I was going to blow up my house with it. I think I read the instructions over again about 20 times to make sure I was doing it correctly. But don't really, they're not really that scary. Yours may work differently so do refer to your manual. 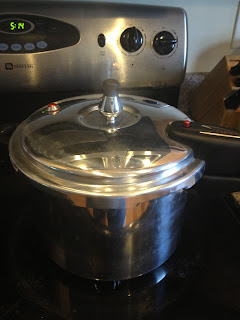 10 minutes is up! Turn off the heat and let the canner cool down on its own. Apparently if you tried to open it now this is where it might blow up your house. (I kid, but seriously let it cool down on its own and don't try to open it.) Once it's cooled remove the jars and let them sit over night to cool down. When you touch the top of the jars they shouldn't "pop". If they do it means they didn't seal correctly. If that happens just put it in your fridge to use later (or freeze it!). 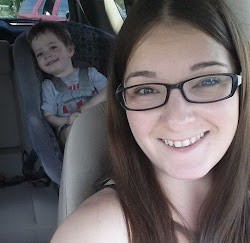